40k
57k
41k
9.6k
The number of Americans newly applying for unemployment benefits through state programs edged up for the third consecutive week in early June. According to the U.S. Department of Labor, so-called initial jobless claims climbed to 222,000 in the week ending June 8, the highest level since early May. Despite the third consecutive uptick in initial claims, the U.S. labor market remains robust as the current expansion is about to become the longest in U.S. history. In total, the number of people collecting unemployment benefits climbed to 1,695,000 for the week ending June 1, up by 2,000 from the previous week, but still very low historically.

The highest insured unemployment rates in the week ending May 25 were found in Alaska (2.0%), California (1.9%), New Jersey (1.9%) and Connectitcut (1.7%). Meanwhile Pennsylvania was the only state to register an increase of more than 1,000 initial jobless claims in the week ended June 1. According to the Department of Labor, the Keystone State attributed the increase to layoffs in the transportation and warehousing, manufacturing and construction industries.

While the labor market has cooled off slightly in recent weeks, as trade tensions and a growing sense of uncertainty have slowed new hiring, it remains the strongest in decades by almost any measure. As the number of unemployed people still undercuts the number of vacant positions, it appears to be harder for employers to find qualified personnel than for jobseekers to find a new gig. 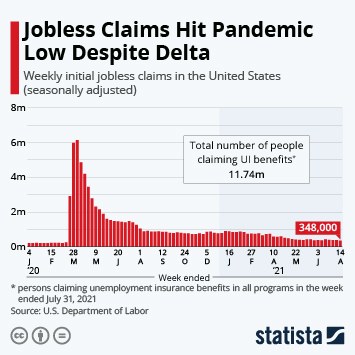 This chart shows weekly initial jobless claims in the United States since January 2018. 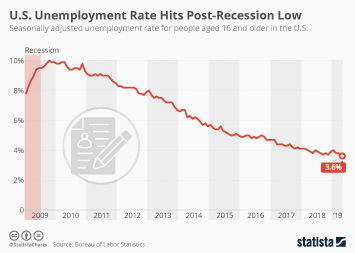 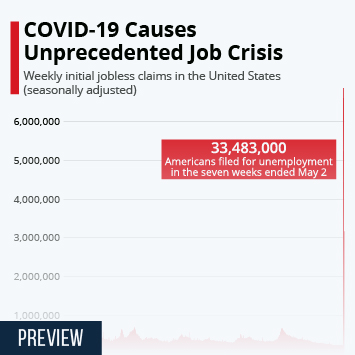 Unemployment in the U.S. 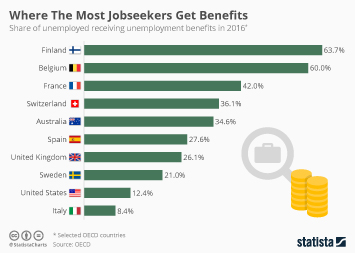