Published by
Jennifer Rudden,
Sep 30, 2022
Health insurance is a term commonly used to describe any program that helps in the payment of medical expenses. There are a number of public and private forms of health insurance that exist in the United States, however many Americans do not have access to any form of health insurance. While the number of uninsured people in the U.S. fell significantly since the Affordable Care Act (ACA) was signed in 2010, it has trended upwards again since 2016. Meanwhile, Hispanic and Black Americans remain the most uninsured ethnicities in the U.S. Uninsured rates also tend to be higher in groups with low-income jobs, which pay too much to qualify for public insurance and too little to afford private insurance. Language barriers and immigration rules also affect these groups more than other ethnic groups.

In the United States, the health system is a combination of public and private, for-profit and non-profit insurers, and healthcare providers. The government provides funding for the national healthcare programs and various other programs such as those for low-income individuals or veterans. Private insurance remains the foremost type of coverage though, and is mainly provided by employers. Around two thirds of women in the United States were insured through an employer, either theirs or a family member’s. This proportion was relatively similar for men insured in the U.S. through an employer. In 2020, the value of private health insurance premiums written by U.S. insurance companies reached over 336 billion U.S. dollars, with the top five health insurance companies representing almost half of the total U.S. market share in the health insurance industry.

In the following 6 chapters, you will quickly find the 31 most important statistics relating to "Private health insurance in the United States". 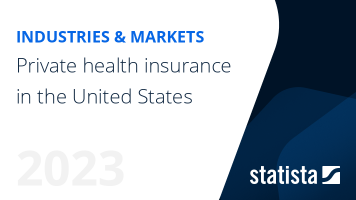 The most important key figures provide you with a compact summary of the topic of "Private health insurance in the United States" and take you straight to the corresponding statistics. 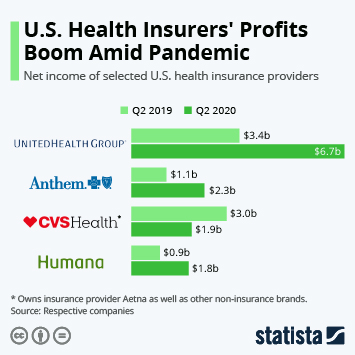 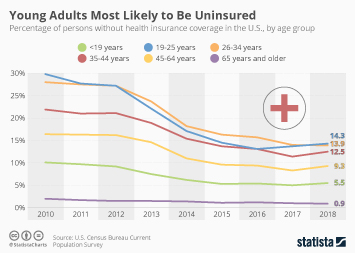