South Africa is among the largest three energy producers and

Sector consuming the most electricity in South Africa
Industry

Share of electricity consumption in South Africa 2019, by sector 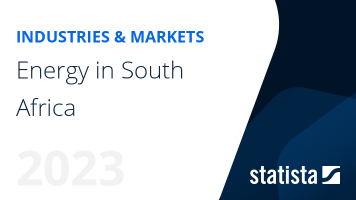 The most important key figures provide you with a compact summary of the topic of "Energy in South Africa" and take you straight to the corresponding statistics.