Published by Statista Research Department, Jun 4, 2021
Labor is a term that describes the human effort (intellectual or physical) that is put into the creation of goods and services. Labor is commonly used in terms of wage labor, which describes the arrangement under which an individual offers his or her labor to an employer in exchange for a certain wage. In economics, labor is one of the three primary production factors next to capital and land.

By definition, the labor force participation rate is only suited to describe the supply of labor to an economy, which is why the employment to population ratio is often used as a secondary indicator to describe the labor market. It describes the share of the working-age population that is actually employed. In 2020, the employment rate in the United States was at 56.8 percent. When the labor force participation rate is higher than the employment rate, it may result in unemployment. The demand for labor is closely tied to the business cycle. When economies are booming, unemployment rates are low. Production is high and labor is in demand. When growth stagnates, companies start cutting costs and job opportunities become scarce. The unemployment rate was at 8.1 percent in the United States in 2020.

In the following 4 chapters, you will quickly find the 26 most important statistics relating to "Labor".

The most important key figures provide you with a compact summary of the topic of "Labor" and take you straight to the corresponding statistics.

Inflation in the United States 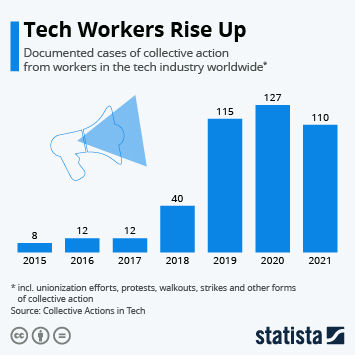 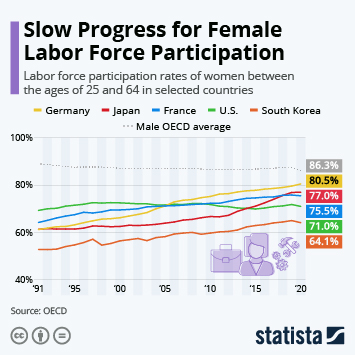