Published by Statista Research Department, Jul 29, 2020
The insurance industry of the United Kingdom is the largest in Europe and the fourth largest in the world. In 2018, the UK's insurance sector had over 94 thousand direct employees and in 2019, it saw tax contributions reach approximately 75.5 billion British pounds, the largest contribution of any sector within the country. The UK insurance sector was also a world leader as an exporter of insurance to the rest of the world.
In its simplest terms the insurance industry can be broken down into two main categories, life and non-life. In 2018, insurance premiums written by the UK insurance sector amounted to over 176 billion euros for life insurance. Europe as a whole had total premiums written for life insurance of under roughly 764 billion euros. The UK saw a further 75.6 billion euros in non-life insurance premiums written, the highest of any country in Europe, followed closely by Germany. The insurance market in the United Kingdom is such a titan that by the end of 2018 its market share was over one fifth of the entire European industry.

It may be no surprise that the leading companies participating in Europe's insurance industry were yet again found in the United Kingdom. Four of the top eight life and insurance companies in Europe reside in the UK with Prudential leading the pack with a market value of over 60 billion U.S dollars. The other leaders on the European market by gross written premiums are France with its largest insurer Axa, Germany with Allianz and Italy with Generali.

In the following 6 chapters, you will quickly find the 29 most important statistics relating to "Insurance industry UK".

Overview of the sector

The most important key figures provide you with a compact summary of the topic of "Insurance industry UK" and take you straight to the corresponding statistics.

Insurance industry in the U.S.

Life insurance in the U.S. 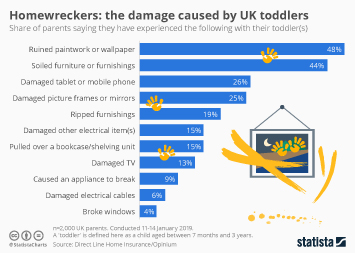