The real cost of higher education in the US

Hamburg April 30, 2020 – About 44.7 million Americans owe more than 1.6 trillion U.S. dollars in outstanding student loan debt: more than both the value of outstanding credit card debt and auto loans. Considering these numbers, the student debt crisis has become a strong contender as a trigger for a new great recession. Statista’s new DossierPlus “The Student Debt Crisis in the U.S.” looks at the true cost of America’s higher education and how the borrowers themselves might be losing faith.

For years, more than half of American college graduates have left school indebted, with student loan debt more than tripling over the last decade alone: from 405bn to 1.6tn U.S. dollars in 2019, reaching an estimated 2tn U.S. dollars in 2021. In 1970, one year of public college cost the equivalent of 2,150 U.S. dollars. This amount had increased to 7,054 U.S. dollars by 2017. The gravitational shifts in tuition and subsequent debt seemingly aren’t being offset. Neither by a higher quality of teaching nor overall salaries as wages in the United States have been stagnating since the late 1970s, and minimum wage in particular has not risen with inflation. 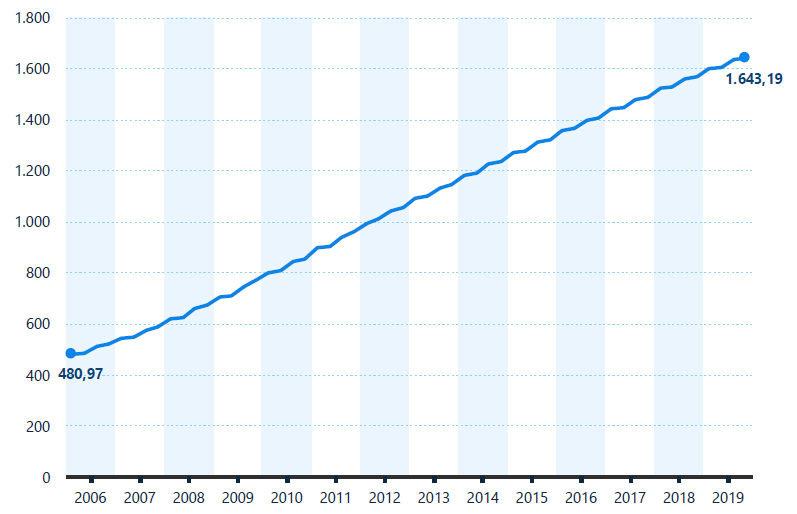 Value of outstanding student loans in the United States from Q1 2006 to Q4 2019 (in billion U.S. dollars); Federal Reserve
Due to high costs of tuition, students are beginning to lose faith in the higher education system. When asked if taking on student loans was worth it, 52 percent of respondents said “no.” The enormous cost of education and the years of debt incurred seem not in line with the quality of education received. In recent years, especially in light of ballooning student debt, the conversation has turned to asking if taking on so much debt in pursuit of education is actually worth it in the end. Some predict that the student loan crisis will turn into the next housing bubble, but the effects of 1.6 trillion U.S. dollars of student loan debt on the nation remains to be seen. 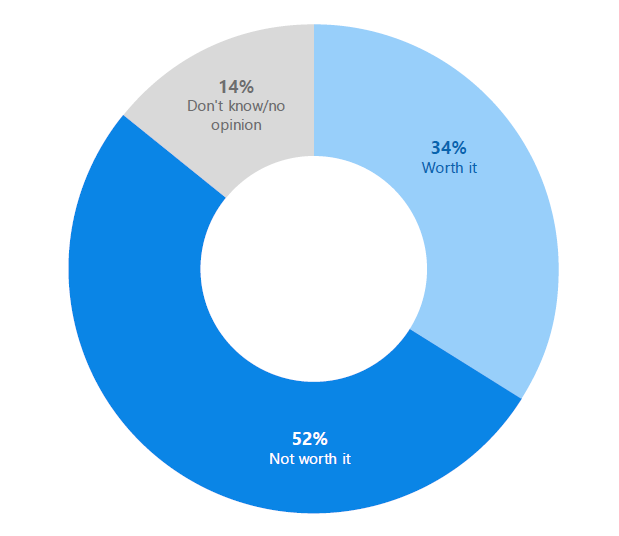 Thinking about your current financial situation, was taking on student loan debt worth it for you, or not worth it? Source(s): Morning Consult; Insider

About Statista
The Data powerhouse was founded in Germany in 2007 and has about 700 employees at twelve office locations on four continents. Statista is a leading data and business intelligence portal which conducts international market and consumer studies as well as surveys. The business model "data as a service" is unique with no direct competitors in the market.