Social media is a part of everyday life for most internet users in the United States. As social platforms present countless opportunities for local and international connection, they are commonly used as tools for socializing, business, and dating, and with the rise of influencers, have become the foundation of many careers. As of 2022, the United States has the third-largest social media audience worldwide, after China and India. It is home to over 302 million social media users at a social networking penetration rate of 90 percent.

Who uses social media in the United States?

At the beginning of 2022, almost 55 percent of social media users in the U.S. were women. Meta Platforms, which owns social media giants such as Facebook, Instagram, and WhatsApp, found its largest audience with women aged 25 to 34 years, who made up 13.6 percent of all users. Men of the same age group followed, accounting for over 12 percent of all Meta social platform users.

As of the third quarter of 2021, over half of U.S. internet users said that they followed friends, family, and people they knew on social media, whilst almost 29 percent said they followed bands, singers, and musicians.

How do Americans use social media?

Over the years, social media platforms have changed and evolved to suit audiences’ preferences and usage needs. Whilst some services are more information focused, like Twitter, some are picture or video-oriented. In 2022, 67 percent of social media users in the U.S. claimed to use social networks, such as Facebook, whilst 59 percent used media sharing platforms, like Snapchat, Instagram, YouTube, and Pinterest, which are at their core image and video-based services. As for app downloads, TikTok was the most downloaded app in 2021 with 94 million downloads, followed by Instagram with 64 million.

Of course, social media platform preferences differ amongst age groups. In 2021, 63 percent of Gen Z users in the U.S. were on TikTok, making it the most used app amongst this age group. Looking back to 2019, this position was held by Instagram, suggesting that TikTok’s fast-paced concept and design are more appealing to the current tastes of younger users. However, it is expected that Snapchat, Instagram, and TikTok will remain close competitors in the coming years.

What do Americans have to say about social media?

In 2021, Facebook met public whistleblower challenges as ex-Product Manager Frances Haugen spoke out about the damage that Facebook was causing to society. Haugen claimed that Facebook was aware of, but not addressing, issues surrounding misinformation and users’ wellbeing. Overall, in October 2021, 59 percent of Americans said that they believed the accusations that Haugen made against Facebook were true, whilst 17 percent said they did not believe her. Furthermore, many in the U.S. have a negative view of social media. In 2021, 39 percent of U.S. survey respondents said that social media was bad for society, whilst only 22 percent said it was good for society.

As the first generation to have grown up alongside such easily accessible online technology, Gen Z provides a unique insight into the experience. In September 2021, 45 percent of Gen Z users said that there was too much pressure to be perfect on social media. They were also keener on people who have a platform, such as celebrities or influencers, speaking up about injustices than older age groups.

YouTube and Facebook are the social networks that U.S. users are most aware of with 94 percent of Americans saying they know of each of these platforms. Despite public controversies, such as antitrust lawsuits and data privacy problems, Facebook continues to thrive as an online network, constantly attracting new users. In 2022, three-quarters of all social media users in the U.S. said that they used Facebook. The platform is way ahead of the competition in terms of popularity, loyalty, and buzz scores, perhaps proving that there is no such thing as bad press. Overall, 88 percent of social media users in the U.S. are aware of TikTok, and yet TikTok’s buzz score rating lies at 38 percent, a significant 20 percent less than Facebook’s.
This text provides general information. Statista assumes no liability for the information given being complete or correct. Due to varying update cycles, statistics can display more up-to-date data than referenced in the text.
Published by S. Dixon, Jul 8, 2022

Social media penetration of the U.S.
90% 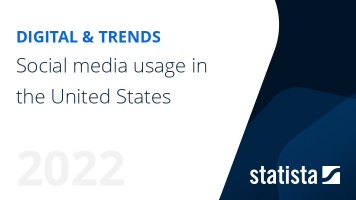 The most important key figures provide you with a compact summary of the topic of "Social media usage in the United States" and take you straight to the corresponding statistics. 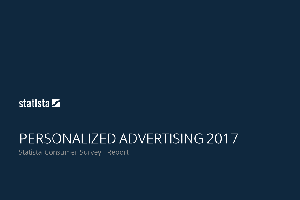 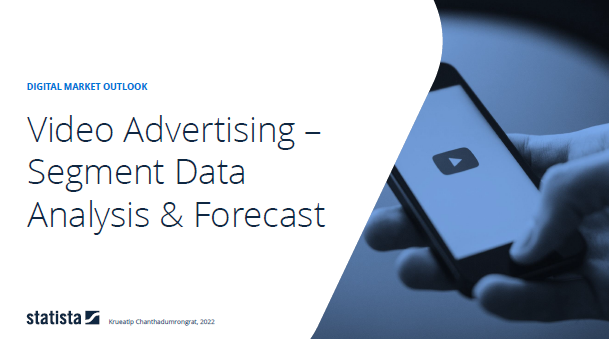