Published by Statista Research Department, Nov 9, 2022
Worldwide, the male population is slightly higher than the female population. However, the sex ratio within individual populations varies from country to country. Different factors play a role in gender distribution, such as sex ratio at birth, life expectancy, and immigration. Overall, more males are born each year than females, although infant and child mortality rates are higher among boys, which brings gender ratios closer. Women also have a higher overall life expectancy compared to men, meaning that gender ratios among older age groups are generally higher for women. Gender ratios are greater in certain countries, such as the higher share of males in the United Arab Emirates, Qatar, or Saudi Arabia, or the larger number of females in Eastern European countries.

There is a higher share of females in East European countries than in other regions of the world, with nine countries among the leading 20. This is due to a combination of factors, such as higher emigration rates among men, large disparities in life expectancy between genders, and the legacy of the Second World War. Overall, Nepal has the highest proportion of females in its population, followed by Curacao and Hong Kong. By contrast, males exceed females in many Middle East countries, with Qatar and the United Arab Emirates having the lowest percentage of female populations. This is mainly due to the large flows of economic migration towards these countries, which consist mainly of male laborers.

Women do not have the same rights and status as men everywhere in the world. Despite a general movement towards equal rights, much progress is still needed in order for full gender equality to be achieved. In the 2021 Global Gender Gap Index, European countries hold the top three spots for gender equality; these are Iceland, Norway, and Finland respectively, followed by New Zealand. This Index analyzes disparities and progress in the field of economy, politics, education, and health. By contrast, the Gender Inequality Index considers Yemen to have the lowest level of gender equality in the world. This other index measures gender inequalities in three aspects of human development: reproductive health, empowerment, and economic status.

Women in a modern conservative society

In countries where women have the same legal rights as men, or in societies generally considered as the most equal, data continues to show significant discrepancies. For instance, Switzerland is considered the most gender-equal country in the world by the UN’s Gender Inequality Index, yet employment data shows that women work part-time much more often than men, women are underrepresented at higher levels, and overall are paid less than men. Additionally, the burdens of childcare are felt much more by mothers than by fathers. One study published in 2019 claimed that Switzerland had the least family-friendly policies in Europe. Although this information focuses on Switzerland alone, it highlights ongoing differences in the status of women in the country deemed most-equal by the UN.

In the following 5 chapters, you will quickly find the 27 most important statistics relating to "Global status of women". 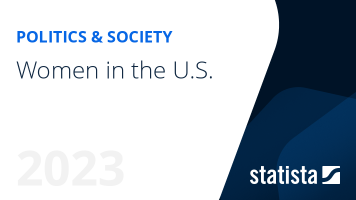 Go to report Women in the U.S.
Top Seller

The most important key figures provide you with a compact summary of the topic of "Global status of women" and take you straight to the corresponding statistics. 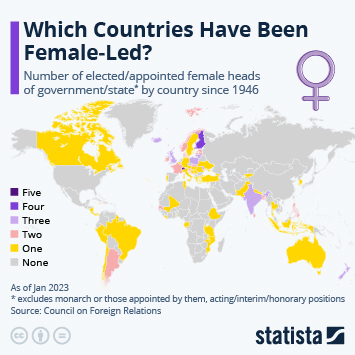 Which Countries Have Been Female-Led? 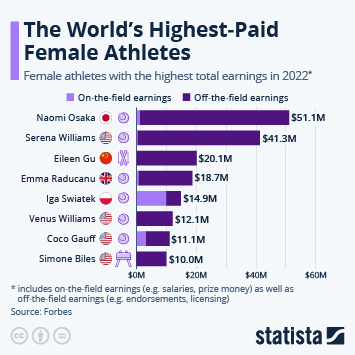