Fixed-line, also known as landline, phone calls have been generally declining over the last few years, and Virgin Media has not been immune to the shift. Virgin Media total call volume has decreased from 15.8 billion minutes in 2010 to 5.2 billion minutes in 2019. These changes can be attributed to technological advances such as VoIP or instant messaging, as well as an overall increase in mobile voice minutes in the UK.

In the following 6 chapters, you will quickly find the 30 most important statistics relating to "Virgin Media". 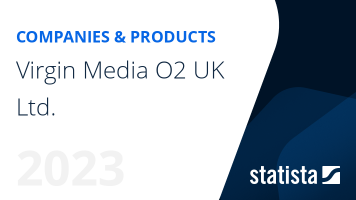 The most important key figures provide you with a compact summary of the topic of "Virgin Media" and take you straight to the corresponding statistics.