Published by
Lionel Sujay Vailshery,
Aug 1, 2022
In 1999, British technologist Kevin Ashton coined the term Internet of Things (IoT) to define a network connecting people and objects around them. At the time, most people thought the topic was science fiction related. Today, the Internet of Things – a vast network of connected objects collecting and analyzing data and autonomously performing tasks – is becoming a reality. Thanks to the development of communication technologies such as 5G and data analytics using AI and machine learning, IoT has applications varying from smartwatches to city infrastructure (smart cities).

State of the art

Truth be told, smart objects such as electronic wristwatches, car alarms, and coordinated traffic lights, have been in use for decades. IoT brings a greater prevalence of such smart objects with higher connectivity and the ability to collect data in real-time. The number of IoT devices worldwide is forecast to be close to 30 billion in 2030. There are many verticals of adoption for the IoT, from wearable devices to smart cars, smart homes, smart cities, and even industrial equipment.

As technology progresses, the cost of components decreases, driving the mass deployment of IoT endpoints in industries. For instance, the commercialization of 5G has increased connectivity and has pushed the deployment of cellular IoT modules, especially in the automotive sector. As a consequence of the/ As a result of the increased automation of homes with IoT, smart home device shipments are forecast to reach 1.8 billion by 2025.
Beyond automated homes, IoT applications are also widely used in smart agriculture, with precision farming systems able to monitor fields with specialized sensors. They keep an eye on the crop and automate precise watering and fertilization for sustainable food production. The IoT penetration in many aspects of our lives brings together data to improve infrastructure, public utilities, and services, as well as giving rise to smart cities' development.

In the following 6 chapters, you will quickly find the 26 most important statistics relating to "Internet of Things (IoT)". 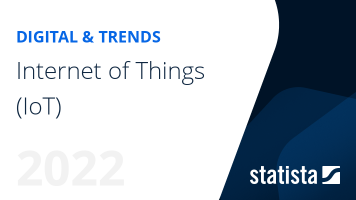 The most important key figures provide you with a compact summary of the topic of "Internet of Things (IoT)" and take you straight to the corresponding statistics.

Smart grids in the U.S. 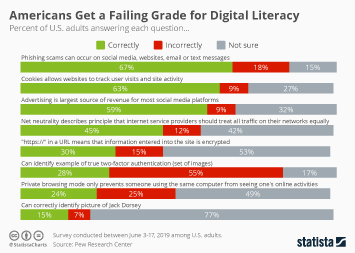 Americans Get a Failing Grade for Digital Literacy 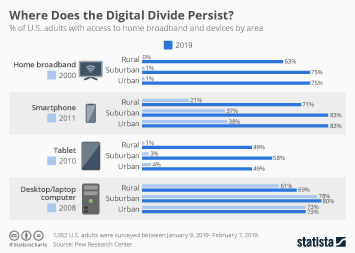 Where Does the Digital Divide Persist?