Halloween in the U.S. - Statistics & Facts

Published by
D. Tighe,
Nov 22, 2022
Halloween, also known as All Hallowe’en or All Hallows’ Eve, is a holiday celebration that takes place on October 31 each year. And while Halloween has dark origins spanning hundreds of years, it has evolved into more of a commercial tradition, in which people dress up, carve out pumpkins, and children haunt their neighbors in the hopes of acquiring confectionery.
This is especially true in the United States, where annual Halloween expenditure is set to reach an all-time high of nearly 11 billion U.S. dollars in 2022. It was also found that many American consumers planned to begin shopping for the event quite early on: about a fifth of U.S. consumers said they would begin shopping for Halloween a month or more in advance, i.e., in September. Only about five percent of shoppers said they would start shopping one or two days in advance. Whether it be for adults, children, or their pet(s), costumes are the main items that consumers spend the most money on, with projected Halloween costume expenditure amounting to a total of roughly 3.6 billion U.S. dollars in 2022.

In 2022, more than two-thirds of consumers in the United States said they intend to celebrate Halloween. Some of the most common ways to honor the holiday in the United States included decorating one’s home, carving out pumpkins, and wearing scary costumes. The most common tradition, however, involved candy. Close to 70 percent of Americans were planning to hand out sweets and treats on that fateful evening in October.

As many Americans have been vaccinated and the coronavirus pandemic is beginning to subside, not as many people are worried about COVID-19 impacting their Halloween celebrations as they were in the previous two years. That being said, another issue has instilled fear into the hearts of consumers: the rising cost of living. According to a survey conducted in late September to early October, 2022, over 40 percent of consumers in the United States stated they expected inflation to influence their Halloween plans. As such, a considerable share of U.S. consumers said they would cut back spending on several Halloween purchases; especially decorations, costumes, and candy.

In the following 4 chapters, you will quickly find the 30 most important statistics relating to "Halloween in the U.S.".

Statistics on the topic
Most used type of retail store for Halloween purchases in the U.S.
Discount stores
Share of U.S. Gen Z shoppers who used TikTok as a source of Halloween costume inspiration
32%
Share of Americans planning to decorate their home or yard for Halloween
51% 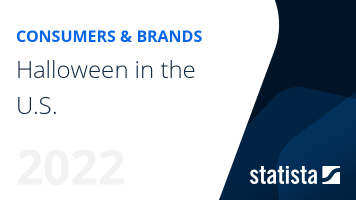 Go to report Halloween in the U.S.
Top Seller

The most important key figures provide you with a compact summary of the topic of "Halloween in the U.S." and take you straight to the corresponding statistics.

Black Friday in the UK

Holiday season advertising in the U.S. 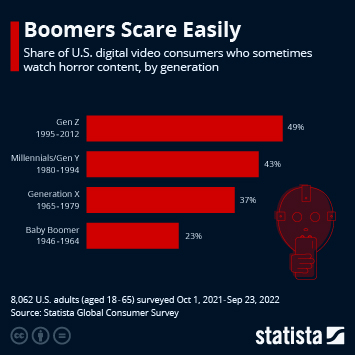 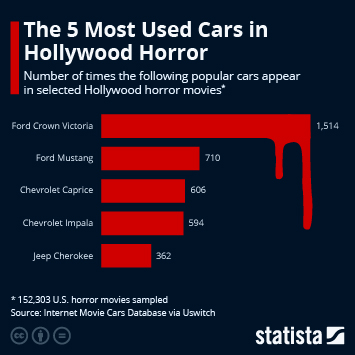 The 5 Most Used Cars in Hollywood Horror