Published by
Marina Pasquali,
Mar 30, 2022
Mobile e-commerce, also known as mobile commerce, refers to online purchasing transactions that utilize devices such as smartphones, tablets, or laptops. Through m-commerce, users can perform functions such as paying bills, buying and selling goods and services, booking transportation tickets, and conduct other commercial transactions simply with a mobile device. Consumers can also use these devices to research information about products or services before the actual purchase, either online or offline.

Due to the increasing use of smartphones and tablets worldwide, online retail continues to expand to take advantage of the growing mobile population. In 2022, mobile retail e-commerce sales in the United States are projected to surpass 430 billion U.S. dollars, an almost twofold growth since 2019, before the COVID-19 pandemic. However, despite these optimistic projections, U.S. mobile phone conversion rates are still lower than for desktop or tablet. Still, nearly one-third of U.S. internet users bought something online each week via a mobile phone as of late 2021, a rate slightly higher than the global average.

Mobile shopping apps are becoming more profitable for retailers and popular among users. Walmart leads the ranking of the most popular shopping apps in the United States with almost 25 billion registered user sessions in 2021, relegating Amazon to the second place, with 23 billion. Amazon also seconds Walmart in terms of monthly active users in both Android and iOS mobile devices, though it takes the lead when it comes to iOS users and Apple App Store downloads.

To pay or not to pay via mobile phones

Although many smartphone users in the United States already have firsthand experiences with mobile transactions, attitudes towards the use of mobile payments vary. A 2021 survey found Gen Z and millennials to be more eager to pay for a product on Apple Pay or Google Pay via mobile banking, compared to other generations.

Roughly one-third of U.S. consumers remain skeptical about payments through smartphone and most people would stick to credit and debit card for major purchases, leaving small daily expenses to mobile payments. However, the possibility of mobile proximity payments holds appeal for mobile users who rely on their digital devices to simplify their shopping experiences. The number of proximity mobile payment transaction users in the United States is projected to reach 125 million users by 2025.

In the following 4 chapters, you will quickly find the 34 most important statistics relating to "Mobile commerce in the United States". 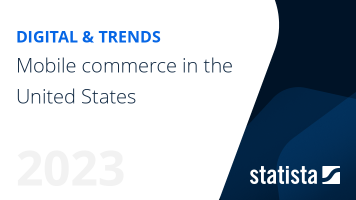 The most important key figures provide you with a compact summary of the topic of "Mobile commerce in the United States" and take you straight to the corresponding statistics.

Mobile commerce in the UK 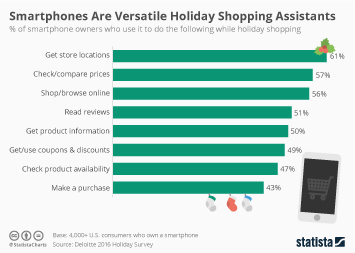 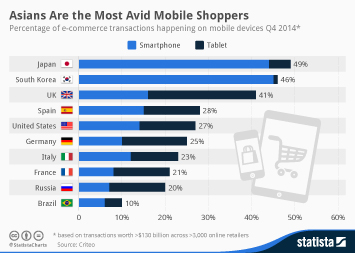 Asians Are the Most Avid Mobile Shoppers