Published by
Federica Laricchia,
Mar 30, 2022
Smart speakers, powered by a voice-enabled virtual intelligent assistant, are the central controlling hubs for many smart home functions and are used for entertainment, answering questions, searching the web, and many other things. The prevalence of these smart speaker devices in households worldwide has been growing steadily in line with the rising popularity of smart home technology. By 2021 the number of global smart speaker shipments was projected to reach 186 million, with shipments likely to surpass 200 million annually in 2022 or 2023.

In the following 3 chapters, you will quickly find the 21 most important statistics relating to "Smart speakers". 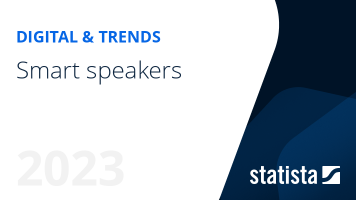 The most important key figures provide you with a compact summary of the topic of "Smart speakers" and take you straight to the corresponding statistics.

Virtual Assistants in the U.S.

Smart home in the United States 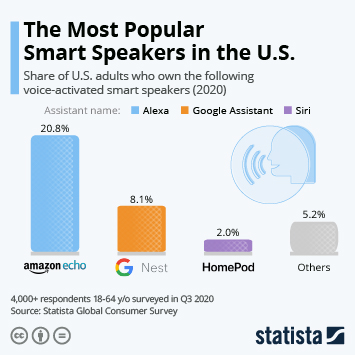 The Most Popular Smart Speakers in the U.S. 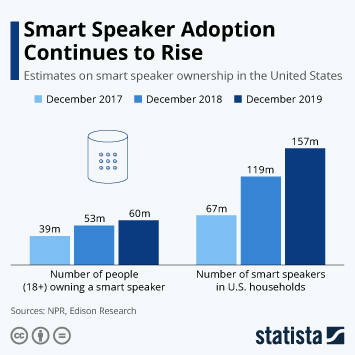