Theater and Broadway in the U.S. - statistics & facts

Theaters in the United States rose to fame in the mid-18th century, gradually becoming a pillar of the American arts and culture sector in terms of both popularity and economic impact. In 2022, the market size of the live performance theater industry in the U.S. was estimated at roughly 8.4 billion U.S. dollars. While this figure denoted a recovery after the sharp drop reported with the onset of the coronavirus (COVID-19) pandemic, it remained below pre-pandemic levels. Similarly, total wages in the U.S. live performance theater industry were 22 percent lower in 2022 compared to 2019. Ultimately, as theaters had to shut down for months in the first two years of the COVID-19 crisis, the average quarterly expenditure on plays, theater, opera, and concerts in the U.S. was just above 30 U.S. dollars in 2021, while it surpassed 60 U.S. dollars in 2019.

Broadway shows during the COVID-19 pandemic

From among the theaters in the United States, the Broadway theater district steals the limelight, with its 41 venues located in Manhattan, New York City. In the theater season prior to the pandemic, Broadway was at its best, as attendance at Broadway shows in New York peaked at around 14.7 million. In March 2020, however, Broadway theaters had to close to the public as the country enforced emergency measures to limit the spread of COVID-19. While venues gradually re-opened during the second half of 2021, many productions got canceled until the end of the year. As a result of the closures, attendance in the 2021/2022 season, based on 42 weeks rather than 52, totaled under seven million, the lowest figure recorded in the last fifteen years. With the decline in attendance then came a significant decrease in admissions. In 2021/2022, the gross revenue of Broadway shows in New York amounted to roughly 845 million U.S. dollars, falling by nearly one billion U.S. dollars compared to 2019. Despite the substantial economic losses in the first two years of the health crisis, weekly attendance at Broadway productions in 2022 showed signs of recovery, recording an overall increasing trend from January to December.

Not-for-profit theaters in the United States

Not-for-profit theaters are another important segment of the U.S. performing arts market. These organizations operate to promote a specific cause, such as supporting the local community with educational classes and initiatives or raising funds to preserve heritage sites. In the fiscal year 2021, attendance at not-for-profit shows in the U.S. shrunk by approximately five million due to the impact of the health crisis. Therefore, the finances of not-for-profit professional theaters in the U.S. also suffered that year, with the total earned income falling by approximately 72 percent from 2019 to 2021. Over the same period, the workforce of not-for-profit professional theaters in the U.S. dropped by more than 100 thousand employees, with the number of employed artists going down by 73 percent.
This text provides general information. Statista assumes no liability for the information given being complete or correct. Due to varying update cycles, statistics can display more up-to-date data than referenced in the text.
Published by Statista Research Department, Jan 26, 2023

Market size of the live performance theater industry in the U.S.
8.4bn USD

Number of employees in the live performance theater industry in the U.S.
93k

Employment in the live performance theater industry in the U.S. 2013-2023 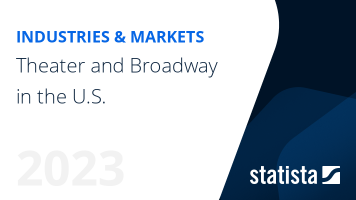 Go to report Theater and Broadway in the U.S.
Top Seller

The most important key figures provide you with a compact summary of the topic of "Theater and Broadway in the U.S." and take you straight to the corresponding statistics.

Not-for-profit theaters in the U.S. 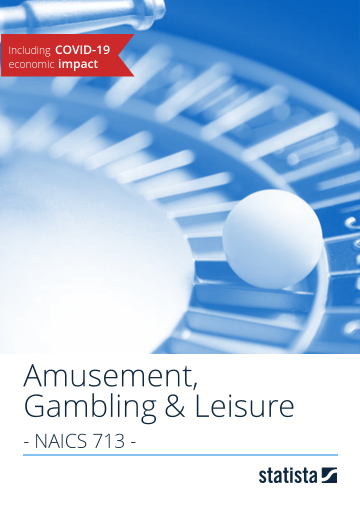 Theatre and the West End in the United Kingdom (UK)
Live music in the U.S.
The live event industry and COVID-19
Digitalization of the arts and culture sector worldwide
Performing arts in Japan