The BRICS countries, namely Brazil, Russia, India, China, and South Africa, are considered the five foremost emerging economies in the world. The term BRIC was coined in 2001 by Goldman Sachs' head of global economics research, Jim O'Neill, and, at China's invitation, was expanded to include South Africa in 2010 (however O'Neill disagrees with its addition). Although the acronym BRIC was created as an informal term for these emerging economies, BRICS countries have held annual summits since 2009, with comparable areas of interest and ambitions to the more-established Group of Seven (G7) – of which Russia was also a member from 1997, until it was expelled following the annexation of Crimea in 2014. According to the World Bank, G7 and the original BRIC countries make up 11 of the 12 largest economies in the world (with the other being South Korea).

China and India have the largest populations of the BRICS countries, with approximately 1.4 billion inhabitants each. In contrast, the other three countries have a combined population of just over 0.4 billion people. Additionally, Russia, China, Brazil, and India rank among the seven largest countries in the world by area, whereas South Africa is 25th. Similarly, while the four original BRIC countries are among the 12 largest economies in the world in terms of GDP, whereas South Africa is outside of the top 40, and is only the third largest in Africa. Despite this, South Africa’s economy is considered the most diverse and advanced in Africa, and its position as one of the most politically stable countries in the region is viewed as the reason for its inclusion in the BRICS. Variations in size, human development, and political systems mean that the economic structures of these five countries also differ greatly. For example, all five countries have diversified economies, but China's is largely centered around its manufacturing industries, while Russia's is more dependent on its energy sector, and Brazil's on commodities.

Since the term BRIC was first used 20 years ago, China has cemented its position as the strongest of the BRICS economies, becoming the second largest in the world behind the U.S. (in terms of GDP). China's economic boom began in the late-1970s, when it abandoned many isolationist policies, opened up to international trade, and introduced free market reforms. Rapid industrialization and urbanization of the world's largest workforce saw China become known as the "world's factory"; the influx of wealth and foreign investment saw significant improvement to living standards and opened up new, domestic markets. As China's manufacturing industries transition to the production of more technologically advanced goods, most forecasts suggest that it will become the world's largest economy by 2030.

For Brazil, India, and South Africa, economic development has been a slower and more recent process, and has generally followed demographic development. In the 2010s, India overtook China as the world's fastest growing economy, and some estimates suggest it will also overtake the U.S. by the middle of the century. Along with China, India is the largest domestic market in the world, and its broad economic development is expected to mirror China's in many ways, although the role it plays internationally will differ. Brazil also saw significant growth in the early-2010s, before economic and political crises resulted in a recession; recovery from which has been slow.

For Russia, however, its economic development has differed greatly than the other four BRICS nations. During the late-20th century, Russia's predecessor, the Soviet Union, had been the world's second largest economy. However Soviet dissolution resulted in economic regression throughout the 1990s, until recovery in the 2000s when it was then considered a “developing” economy.

The BRICS economies, similar to the G7, work together as more than just a trade organization. The BRICS countries set up the New Development Bank in 2013, with aims of funding sustainable (but profitable) infrastructure and energy projects, both within the BRICS bloc and across the developing world. In addition to these projects, these countries have been pursuing their own strategies, such as China’s Belt and Road Initiative or the India-led Coalition for Disaster Resilient Infrastructure, which widens their own sphere of influence across the globe. Relations between BRICS countries are not always harmonious, however, and there are often conflicts of interest, especially in Asia. For example, some Russian commentators consider China’s ambitions in Central Asia an attempt to usurp Russia’s influence in the region, while border disputes between India and China have created persistent (sometimes violent) problems between the two neighbors. Nonetheless, while the BRICS countries have increased their international sway over the past two decades, and work with G7 countries on an individual basis or as part of larger international organizations (i.e. the G20 or UN), the bloc has also emerged as the primary challengers to the traditional great powers centered in Europe and North America.
This text provides general information. Statista assumes no liability for the information given being complete or correct. Due to varying update cycles, statistics can display more up-to-date data than referenced in the text.

Total population of the BRICS countries from 2000 to 2027

Gross domestic product of the BRICS countries from 2000 to 2027

The BRIC countries and the coronavirus 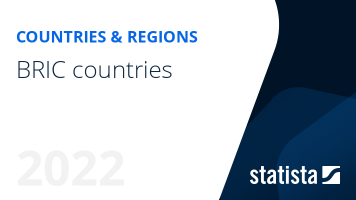 The most important key figures provide you with a compact summary of the topic of "BRICS countries" and take you straight to the corresponding statistics. 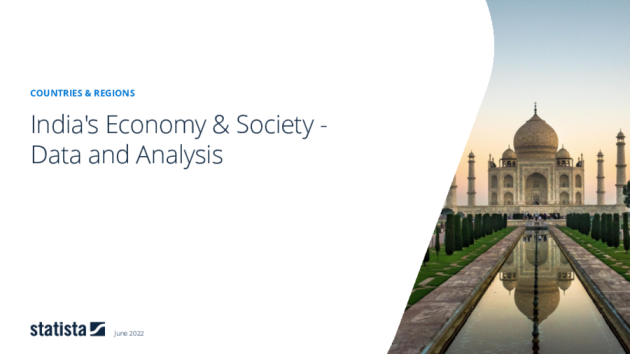 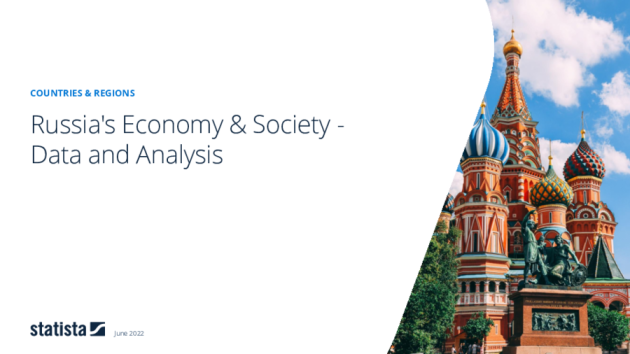 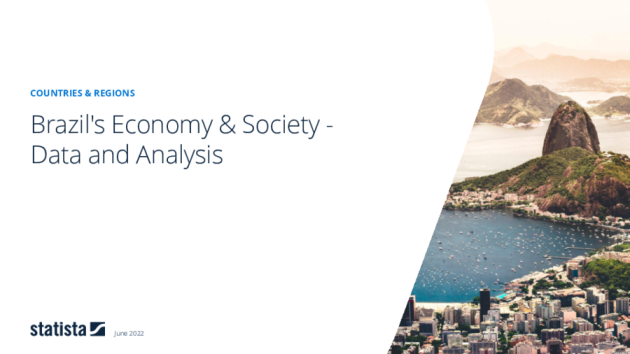