Published by Statista Research Department, Nov 24, 2022
The European labor market is gradually recovering from the shock of the Coronavirus pandemic, with the number of people employed in the European Union reaching 195.7 million in the third quarter of 2021, slightly lower than its pre-pandemic peak at the end of 2019. For the 27 member states of the EU, the employment rate rose to 69.3 percent, with the Netherlands having the highest employment rate among EU member states. The unemployment rate, which had grown to as much as 7.7 percent during the pandemic, stood at just 6.2 percent by January 2022.

The gradual recovery of the European labor market after the global financial crisis of the late 2000s was brought to a sudden halt in 2020, after the arrival of the Coronavirus pandemic in Spring of that year. While the labor market figures in 2020 were clearly concerning, they would be much worse were it not for the unprecedented levels of governmental assistance provided early in the pandemic. One of the most important measures that European governments have utilized are job retention schemes, such as France's Chômage partiel scheme, or Germany's Kurzarbeit system. Although some of these employment structures were in place before 2020, the number of employees they have taken on increased significantly in 2020. In order to help EU member states pay for schemes such as these, the European Union has aims to provide 100 billion Euros in unemployment support funds, in the form of loans, with eighteen member states applying for financial assistance from this mechanism. While one of the implicit purposes of the fund was to encourage solidarity between European economies, it is unlikely to address long-term geographic disparities in the labor market. The unemployment rate in Europe for example, currently ranges from 16.5 percent in Greece, to just 3.1 percent in Czechia. Among the largest economies in Europe, Spain has consistently had a far higher unemployment rate than that of Germany, although that gap has narrowed somewhat since 2013.

Traits of the European Labor Market

While the vast majority of workers in Europe are full-time workers, an increasing number of people in Europe only work part-time. There is also a significant number of self-employed workers, as well as those who only work on a temporary basis. Another flexible working arrangement that has become increasingly popular, in recent years, is working from home a privilege which 25.1 percent of Finnish workers usually take advantage of in 2020, compared with the European average of 12.3 percent of workers.

In the following 5 chapters, you will quickly find the 35 most important statistics relating to "Employment in Europe". 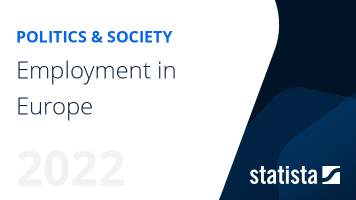 The most important key figures provide you with a compact summary of the topic of "Employment in Europe" and take you straight to the corresponding statistics. 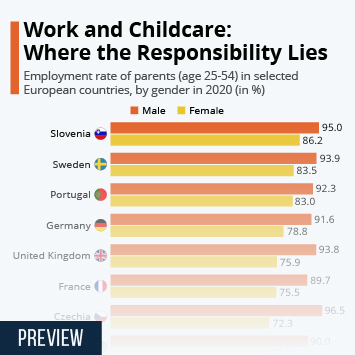 Work and Childcare: Where the Responsibility Lies 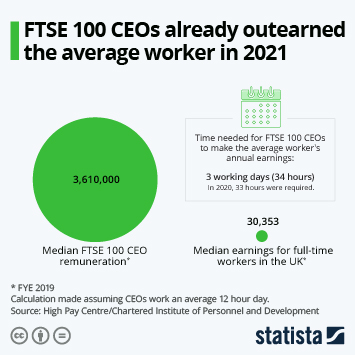